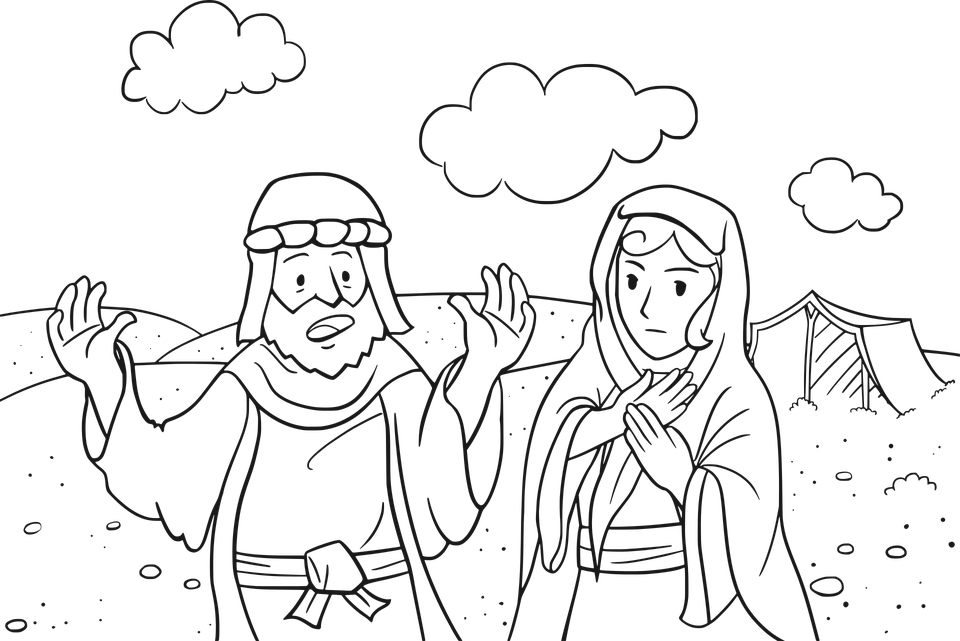 Don’t pretend you‘re not being left out or rejected when you are. As painful as it may be, just remember that it‘s not always them vs. you, or you vs. them concerning separations in life. It could be that the ones who make you feel rejected, or the ones who feel you don’t include them are unknowingly doing a favor.  They simply may not fit in with the plan God has for your life, and that’s ok!

Abraham is a good example.  Genesis 12:1 says that God told Abraham to get up and leave his family. It’s hard to hear, I know, but Abraham’s family just didn’t fit in with the plans God had for him, and maybe Abraham didn’t fit in with the plans God had for his other family members.  That doesn’t mean they didn’t love one another…they did.  But life should be about the plan of God for our lives.  When he moved, Lot followed his uncle, so it would seem they were close, no?  And apparently Lot was ready to get out of Dodge, too.  Whatever Lot’s reason for following Abraham, the will of God was carried out, though, as the two would separate because there wasn’t enough room for both of them to stay together in the same locale.

Separations in family or friends doesn’t always mean the other one is bad, but if they are due to an argument, crossing boundaries, disagreements, etc., some of us are tempted to think the other is worse.  We need to knock that off!  Since we are not innocent of sin, are we really justified in determining who the worst one is in most scenarios?  I think not.  No matter what the reasons are for splits with those we care about, we need to trust God, and be able to squarely look at the fact that it’s life.

I will give you another example.  There was a Christian sister in the Lord, and we didn’t run in the same circles.  We didn’t dislike one another, and we were cordial enough when we were around each other, but our friendship was from afar.  Even though we were in close physical proximity at times, there was just a little bit of awkwardness.  I didn’t think a whole lot about it, but I knew it was there.

We moved from where we were to a different town, and it was several years later when I got a letter from her in the mail.  I was surprised when I read that she didn’t respect my walk with the Lord, but now she did.  I wasn’t surprised that she didn’t respect me; it happens.  But I was surprised she apologized, as I really didn’t think there was a need for her to do that, but apparently she felt the need to, as our heavenly Father dealt with her heart.  You may never get a letter from someone you feel awkward with, but what happened with me shows that our Heavenly Father cares about our relationships and what we think of one another.  Be open.

If there is an ugly tear in a relationship, we need to trust God with that as well, and choose to keep moving forward in love and forgiveness.  That doesn’t mean we will ever be close to an individual, but it does mean you’re obeying God.  Don’t disobey God based on whether someone accepts you or not.  If they can’t stand you, pray for them anyway, as God wants us to do what’s right.  There are some I may never be close to, and although I wish it could be different, I have to leave the outcome with God because we can’t force others to receive us.  God doesn’t force us to receive Him either, and many will never accept Him; yet, He rains on the just and the unjust

Whether we have few or many in our lives, be content and thankful with who we have.  No matter who is in or out, who comes or goes, the good news is HE will never leave you nor forsake you! He wants our focus on Him.

There’s an encouraging passage in the Bible.  Hebrews 13:5, 6: Your conduct must be free from the love of money and you must be content with what you have, for he has said, “I will never leave you and I will never abandon you.”  So we can say with confidence, “The Lord is my helper, and I will not be afraid. What can man do to me?”