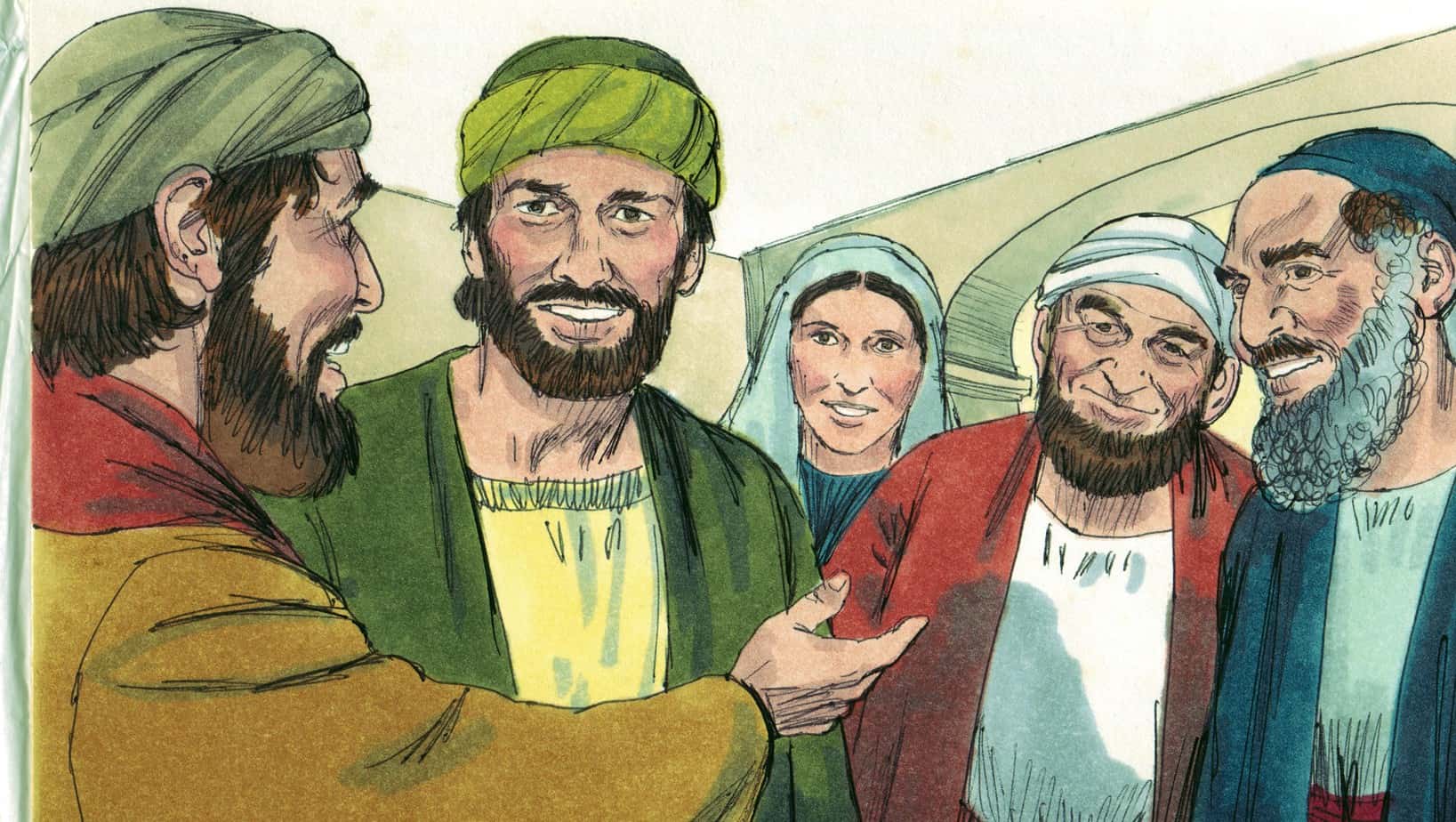 When we think of Barnabas, I don’t know why, but I rarely think of him as a unique individual.  It seems I usually think of him as “Saul & Barnabas,” or “Paul & Barnabas.” I have rarely heard Barnabas spoken of by himself.  It was like he was Paul’s shadow, attached to Paul’s hip. It’s true Barnabas was connected to Paul, but he was an individual, too, who God used in a great way.  Truthfully, we can use some more Barnabas’.

Acts 9 shows us that Saul had quite the conversion experience, and after a time, he would begin to preach Jesus in the synagogues. He grew more powerful and baffled the Jews by proving Jesus was the Messiah; so much so that they plotted to kill Him.  His followers got him out of Damascus, and he went to Jerusalem where he attempted to associate with the disciples, but they were having none of it! They didn’t believe that he was legitimate because he had a strong reputation for persecuting Christians, so they rejected him.

I wrote a devotion about separations and rejections between families.  It happens, and sometimes it’s our own brothers and sisters in the Lord who do the rejecting.  Acts 9:27-30 says Barnabas took Saul to the apostles.  He told them how Saul had seen the Lord on the road to Damascus, that the Lord had spoken to him, and how he had spoken out boldly in the name of the Jesus.  Barnabas continued to tell the apostles that Saul spoke out boldly in the name of the Lord, and that he would speak and debate the Greek-speaking Jews, but they wanted to kill him. When the true brothers found out, they got him away from there.

God had a huge plan for Saul, but He also had a plan to use Barnabas to help Saul get to where the Lord wanted him to be.  So after the disciples at Jerusalem rejected him, Barnabas stepped in and came to Saul’s defense.

We are going to be rejected in life, and some of it might be due to what we did in our past, just like in Saul’s case. Maybe people just don’t believe you, or won’t accept the change that’s occurred in your life, just like in Saul’s case, and that’s ok, too!  Did that stop the plan of God being worked out in Saul’s case? No! You may be like Saul and need a Barnabas, or you may be the Barnabas, willing to come to someone’s defense, willing to help open doors that others in your life would prefer to shut.  Remember that God’s plan is at play whether we need a Barnabas or we are the Barnabas for someone else.

The Church at Antioch

Antioch is where we get our Christian label from, and Barnabas and Saul were in the middle of it!

If we read Acts 11:19-26, a huge persecution had occurred over the death of Stephen.  Those in ‘the Way’ were spread out into many areas including Phoenicia, Cyprus, and Antioch.  The word being preached to just the Jews was coming to an end.  God was opening a door to the world—the Gentiles, and He would send some men from Cyprus and Cyrene to preach the good news of the Lord Jesus to the Greeks, and a great number who believed turned to the Lord!

A report about the Greeks came to the attention of the church in Jerusalem, and they sent Barnabas to Antioch.  He saw the grace of God, and rejoiced!  He encouraged them all to remain true to the Lord.  Because he was a good man, full of the Holy Spirit and of faith, there were more people brought to the Lord!

Barnabas left Antioch and headed for Tarsus to look for Saul, and when he found him, he brought him to Antioch.  For a whole year Barnabas and Saul met with the church and taught a significant number of people, and it was there that the disciples were first called Christians.

Today, how does Barnabas apply in our lives. Do we need one? Are we one to others? Are there parts of Barnabas’ life that we wish we could be like?  You’re you, but there may be qualities in his life that we don’t have.

Many times we’re told not to be in the business of other people’s lives, and there can be a truth to that, but there are other times we can be a blessing like Barnabas was to Saul.  Barnabas was full of the Holy Spirit, so he was probably led by Him to intervene.

These are descriptions about Barnabas found in the Bible:

Keep in mind that when we feel rejected or separations come, the plan of God is still alive in your life.  Rejections will not necessarily stop the will of God for your life.  If you think back over your life, there were probably times a Barnabas showed up, or maybe you were a Barnabas to someone else.

Father, help us to see the needs, help us be door openers for others. Help us grow in these virtues shown in Barnabas’ life: being good, full of the Holy Spirit, full of faith, being willing to interfere in the lives of others, being willing to defend those who need to be defended, being willing to share the good news of the Lord Jesus with others, and we know the only way we can do these things and be effectual is if your hand is with us, just like yours was with Barnabas and Saul, and the other saints who have gone on before us.  who went before us. We ask for Your hand even more upon us, more than it’s ever been before. Lord, let us rest in the fact that even though we may hurt or feel frustrated from rejection at times, You are working things out. Your plan is at work in us and on behalf of us even if we don’t see it. We ask these things in your Name, and thank you for them! Amen!

David would make very ungodly, willful decisions, and act on them, but he would also do the will of God.   How is that possible?  Every one of us have sinned and fall short of the glory of God.  Every one of us, including David.  Yes, he was a player in the flesh, but…

Just to recap, in our previous study on Barnabas, we learned that: Barnabas opened a door for Saul to the apostles by defending him. The church trusted Barnabas to send him to check things out at Antioch. Barnabas was a good man. Are we good? He was full of the Holy Spirit. Are full of…

Philippians 1:6, Lamentations 3:22-24 (TCJB)      And I am sure of this, that the One who began a good work among you will keep it growing until it is completed on the Day of the Messiah Yeshua.  And the grace of Adonai is not exhausted, that His compassion has not ended.  On the contrary, they…

David and Goliath, Part I  I Samuel 17      Note the order of names.  David’s name came first for a reason.  Goliath may have been bigger in stature, but David was bigger in God. That is what mattered, so I tend to believe it was no mistake whose name is recorded first.  If you…